My journey to Tendai Buddhism runs through a variety of experiences with other religions.  That journey began with Sunday School and exposure to Christianity.  During my adolescent years, my exploration of other religions expanded to Judaism and Buddhism.

I was first introduced to Buddhist ideas through my exposure to chanoyou, the Japanese Tea Ceremony. The development of chanoyou was heavily influenced by Zen Buddhism. 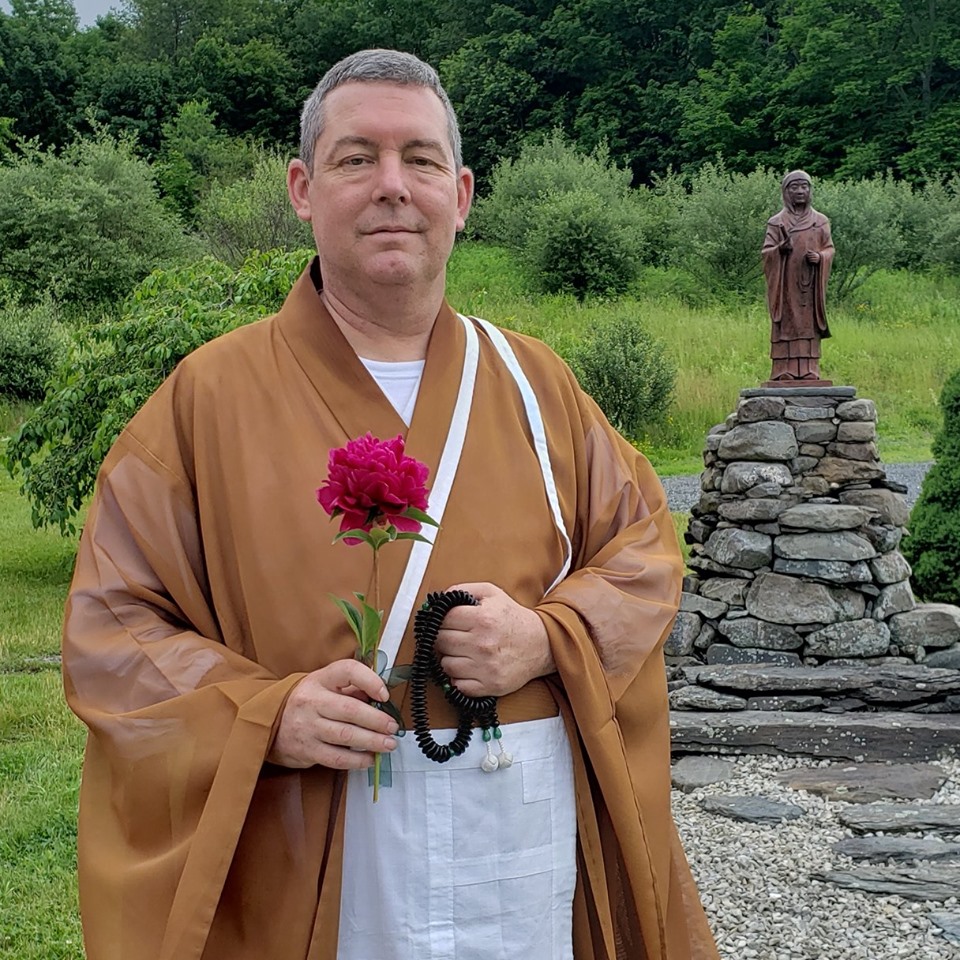 n, DC to work on my Ph.D. in Clinical and Community Psychology at the George Washington University. About a year later, I learned about a small group of people sitting meditation with a group called the Washington Tendai Sangha (which is now known as the Great River Tendai Sangha).  I had never heard of Tendai Buddhism, but was intrigued since the group was meeting close to where I was living.

I soon learned that Tendai Buddhism offers a much wider variety of practices than Zen. This held a great deal of appeal to me. As my knowledge of Buddhism in general and the specifics of Tendai grew, I decided that Tendai was to be my spiritual home.

After practicing with the Washington Tendai Sangha and attending retreats at the New York Tendai Buddhist Institute for a few years, I decided to deepen my Buddhist practice. In 2010, I took refuge under my current Shisho (teacher), Rev. Monshin Paul Naamon and was given the Buddhist name “Junsen” (純泉).  In 2013, I began the Doshu/Soryo program at the Tendai Buddhist institute. This program leads to ordination as a Tendai priest.

In 2015, I received Doshu tokudo, a novitiate ordination in Tendai.  The same year I was awarded my doctorate in Clinical/Community Psychology. One year later, leadership of the Great River Tendai Sangha (previously, the Washington Tendai Sangha) was passed to me.

My teacher asked me in 2018 if I would be willing to relocate to Cobb, CA to rebuild the California Tendai Buddhist Monastery which was lost to the Valley Fire in 2015. I agreed to this assignment and moved to Cobb Mountain in late 2018.

I completed the six years of training necessary for Soryo tokudo (full ordination) in June of 2019. At this time, I was given a lineage name. Lineage names involve taking one character of your teacher’s name. My lineage name is “Junshin” (純真).

I am very excited about the opportunity to rebuild our temple on Cobb Mountain and to create a community dedicated to the Tendai teachings in Lake County, CA.